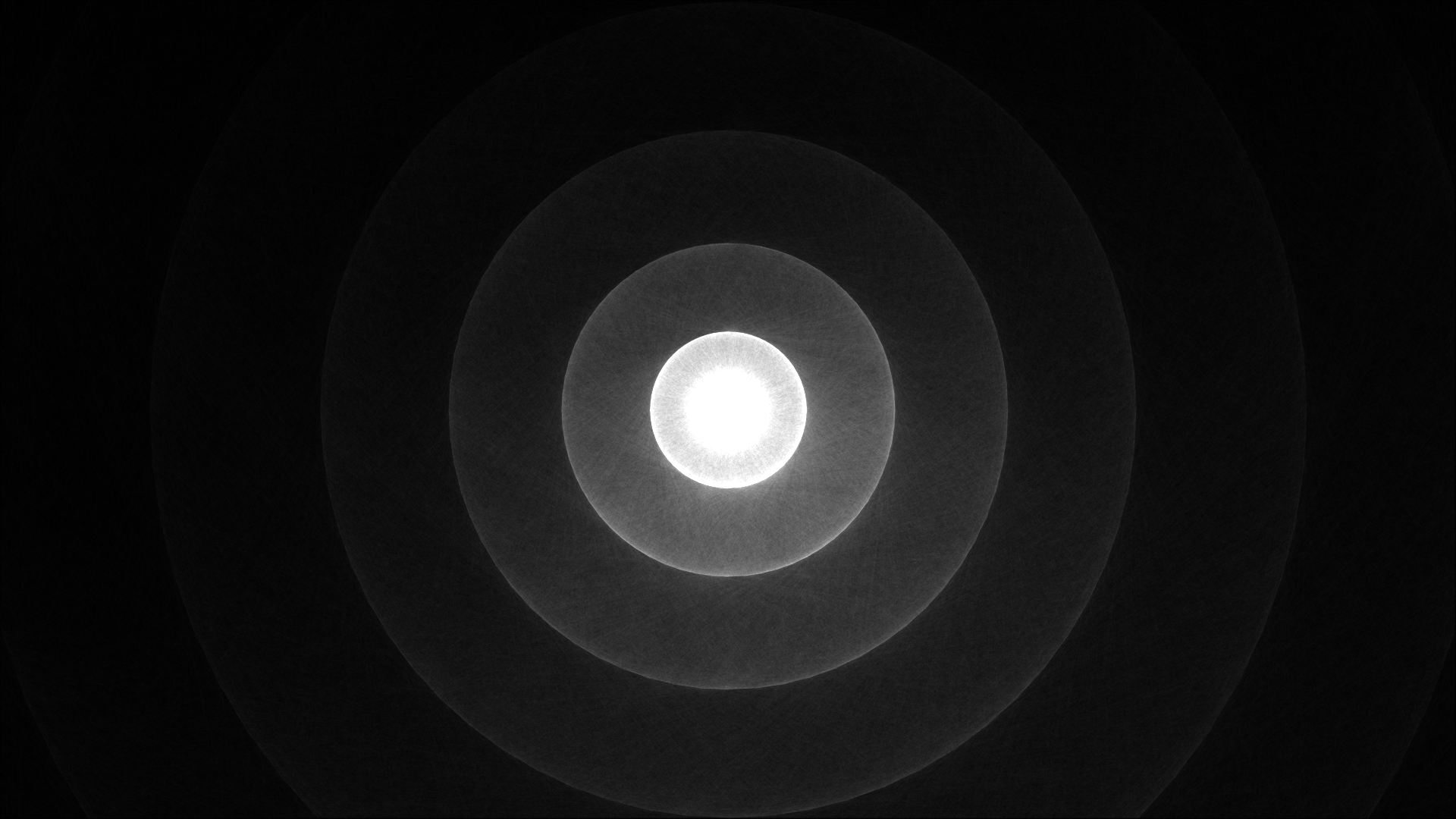 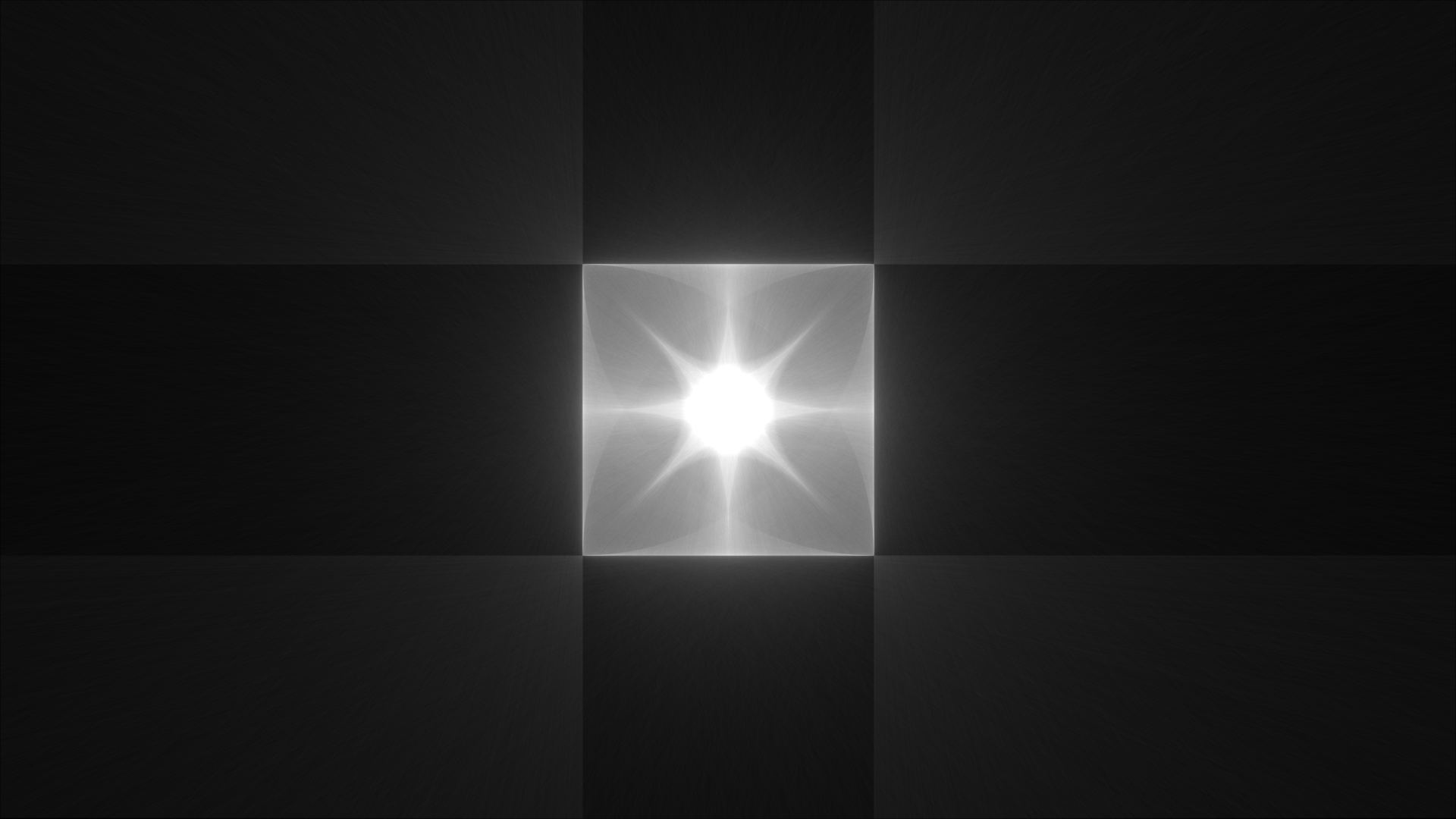 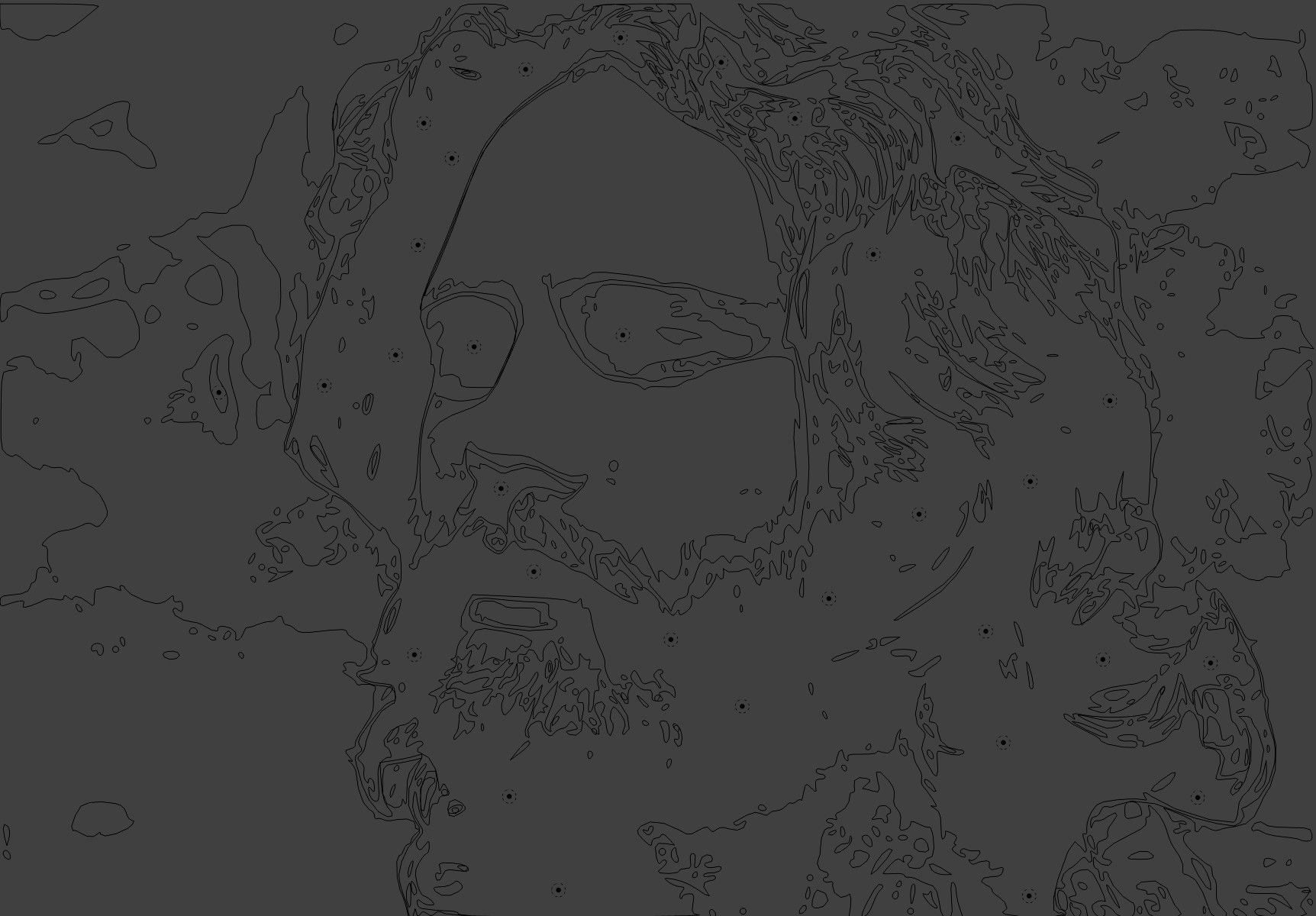 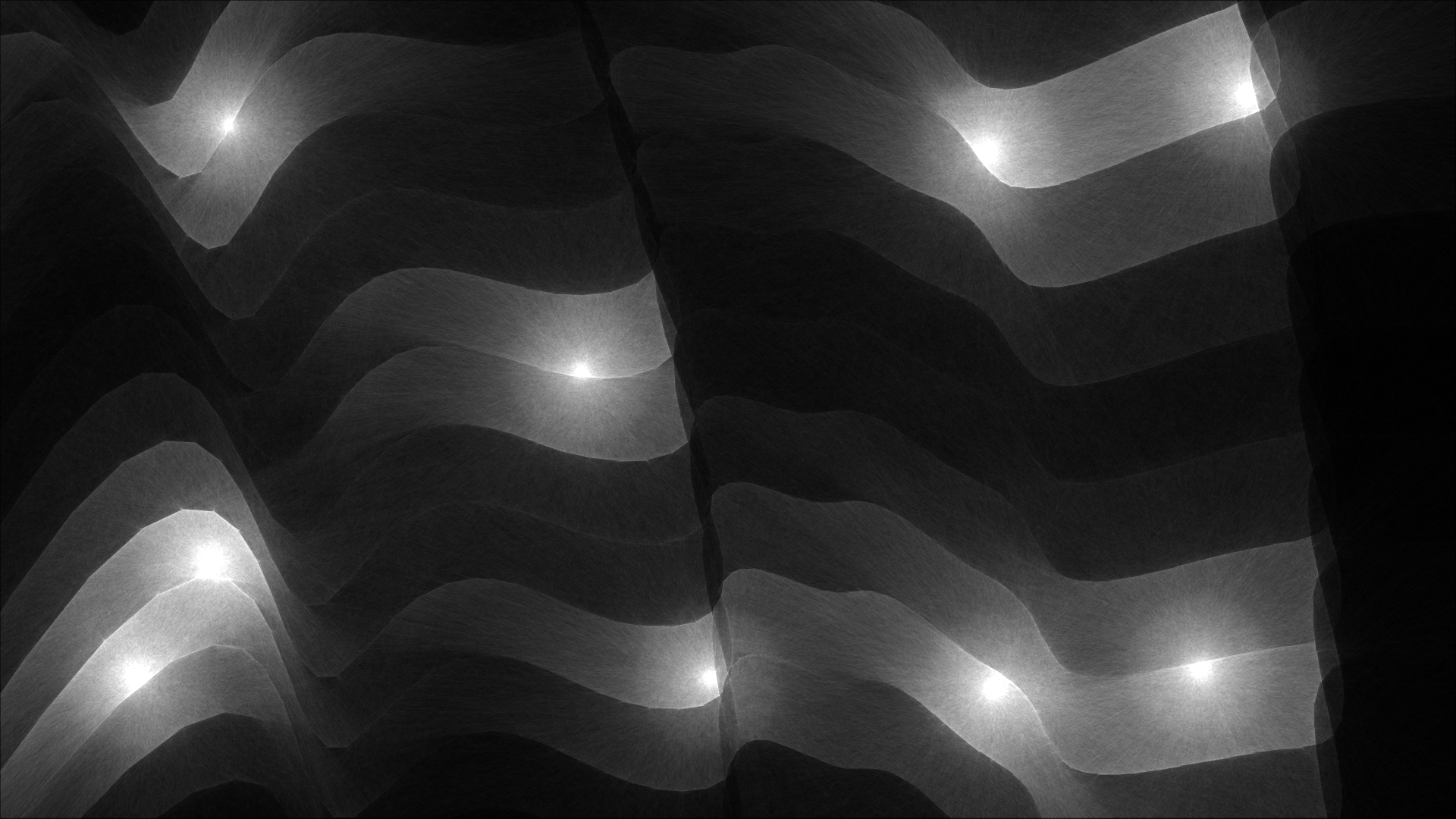 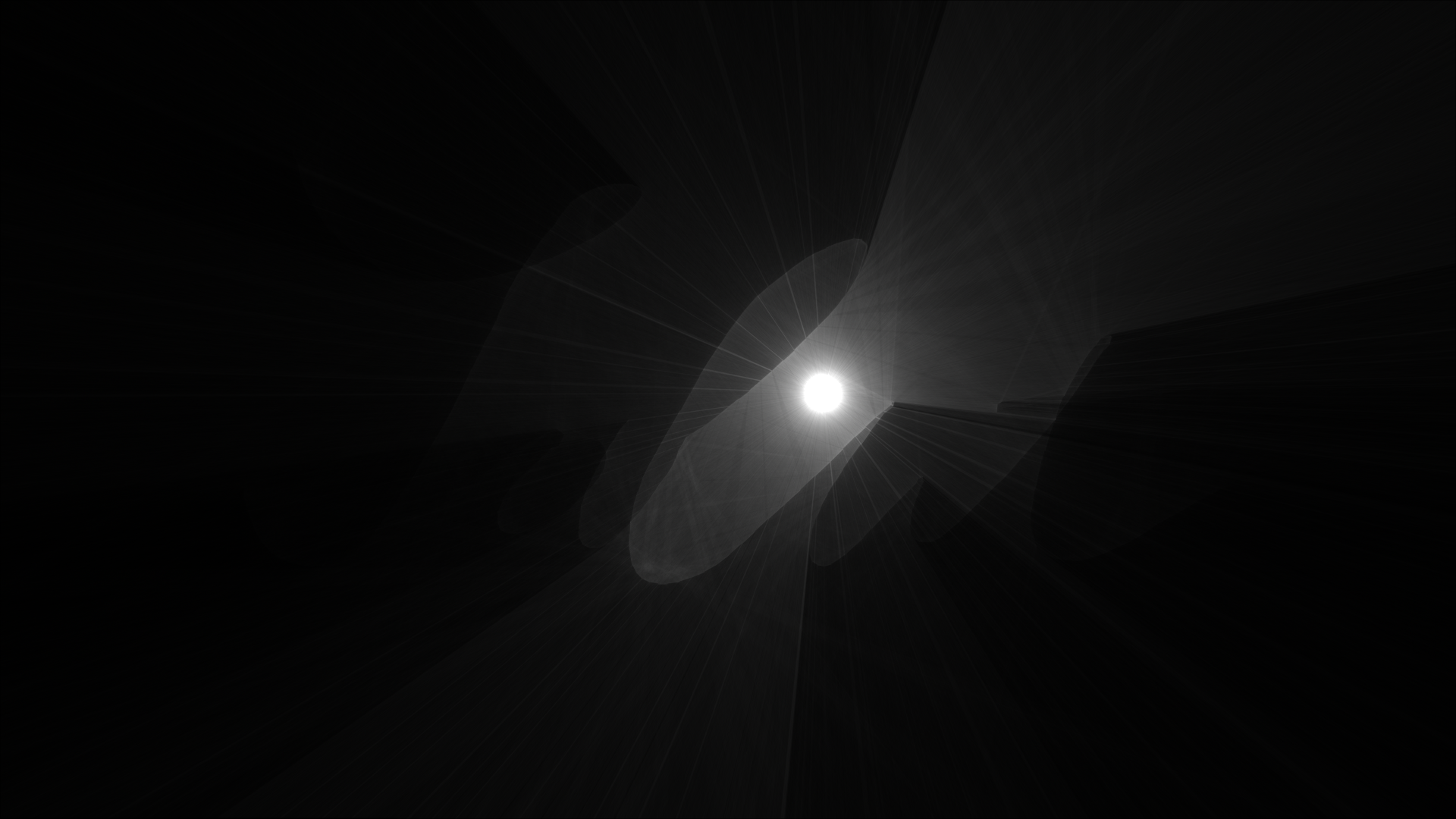 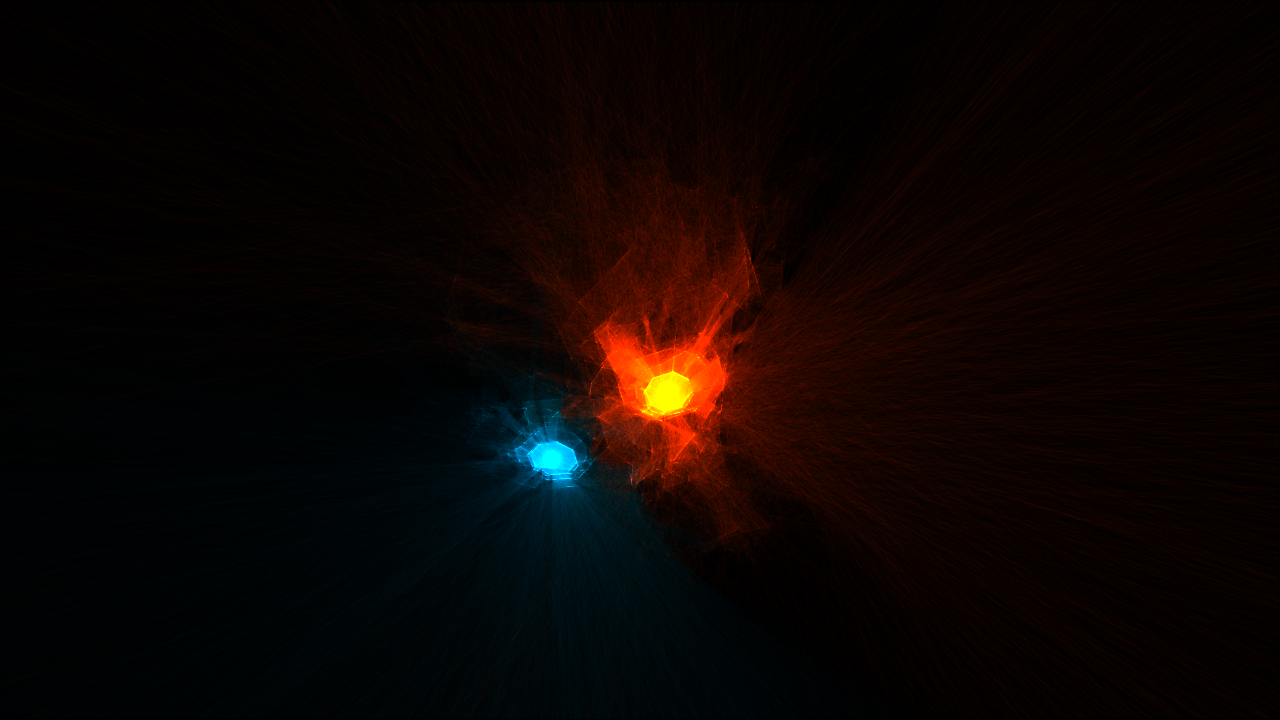 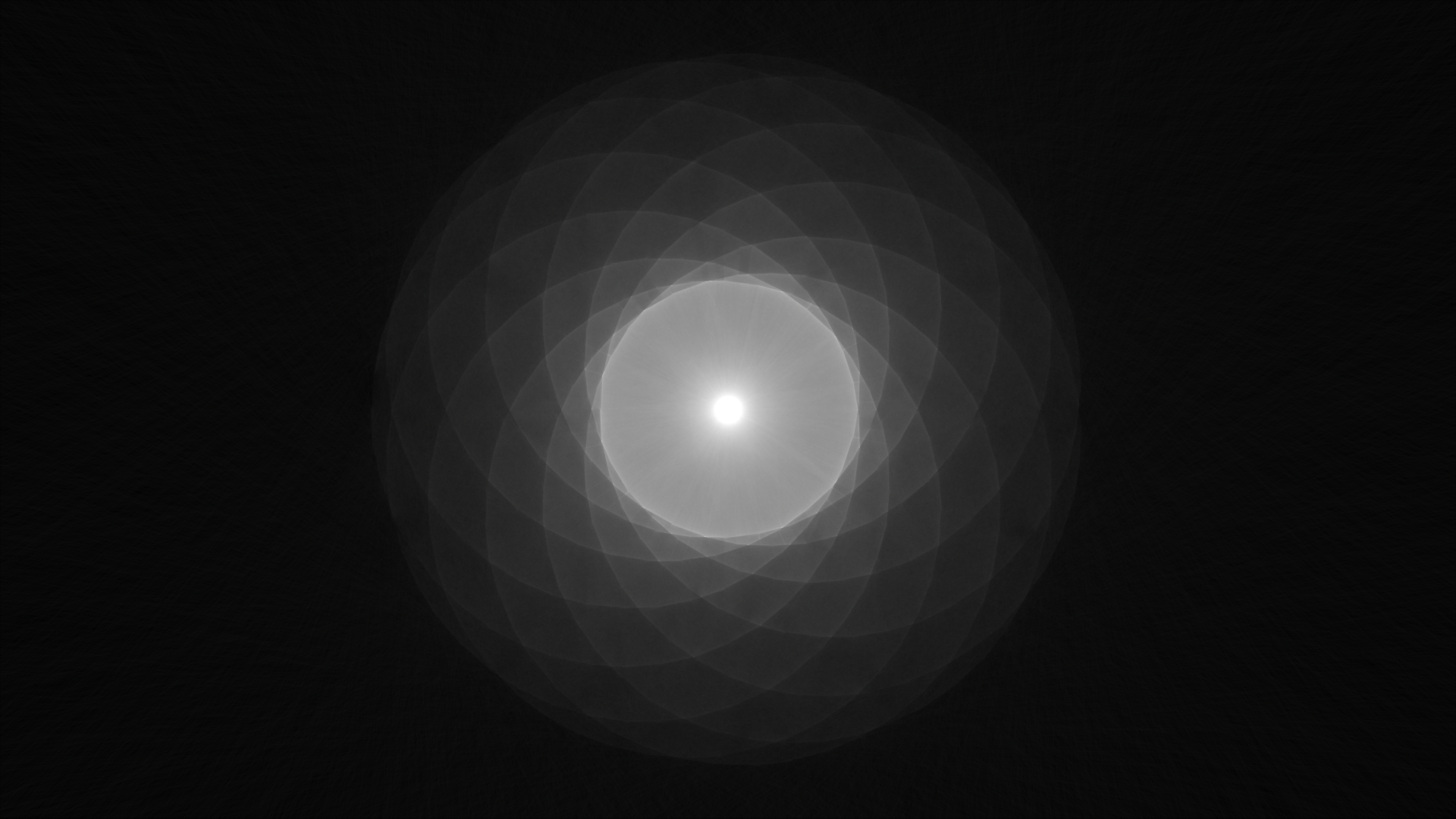 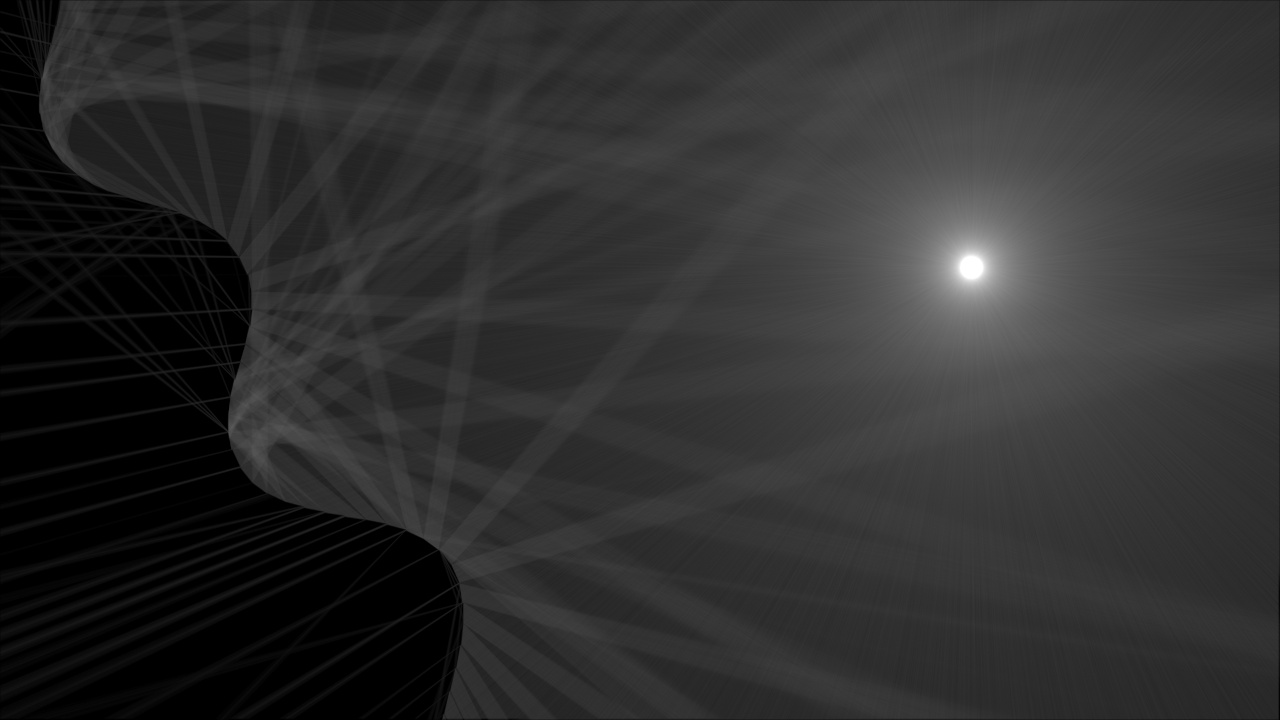 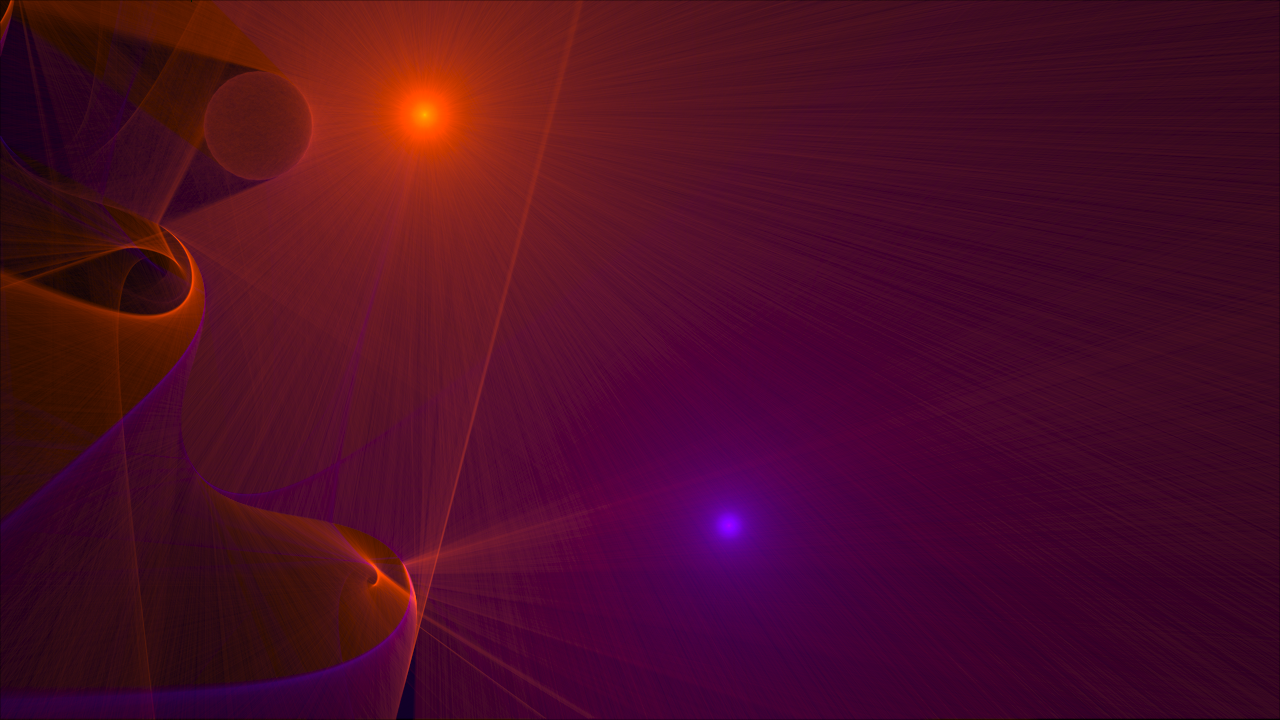 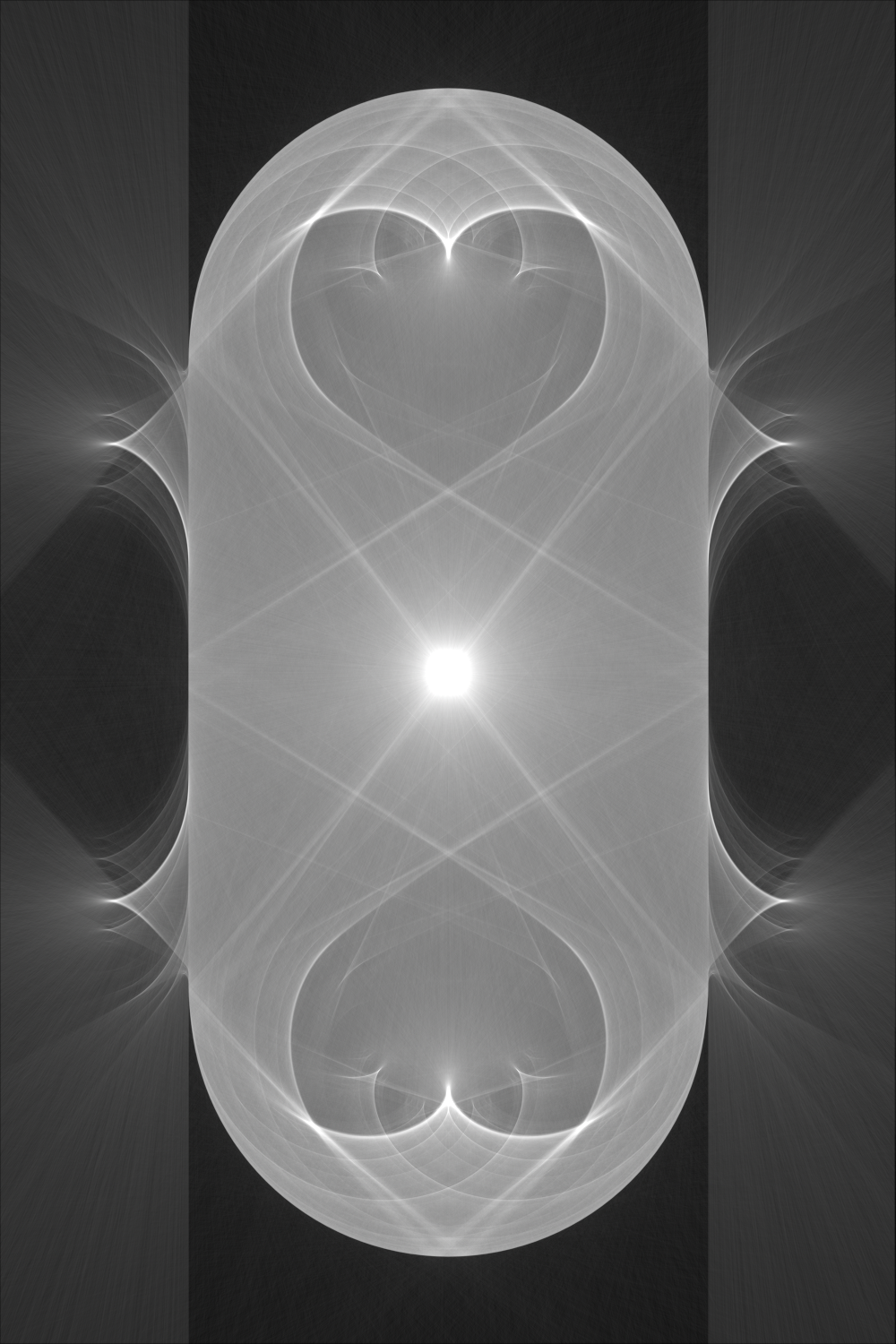 Last week, some guy from my university who happens to owe me forty-nine beers, made me discover by accident a fantastic website which involves drawing, light, physics, and in a strange way which I may have forced upon it, Jim Morrison, late singer for The Doors, and a handsome lad.

This site, Zen Photon Garden, allows one to “sculpt with light” — I wouldn’t have worded it better myself — interactively and surprisingly fast. Surprisingly for me anyway, I don’t know much about web. So I played with it for a while like a toy, before realizing there was a small link at the bottom, to download the sources. What I was thinking, I do not know. What I know is, I clicked it just as soon as I saw it, downloaded it, wrote a few images by hand, and then realized I needed more. 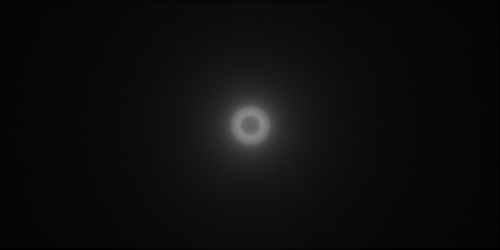 Have I mentioned that I’m into 3D? Like, not red and cyan 3D like at the movies, but the mathematical description of three-dimensional geometric and physical information. For me, a way to make images without pencils. When I saw this program, I knew pretty much what the next night and the next nights would be like. Getting to render my own drawings with this. So I thought I could write my own short, less badass program to do just that, export data from Blender, a 3D creation suite I frequently use, to HQZ, the not-web version of Zen Photon Garden. This is actually what prompted the creation of this blag.

So I wrote a script, and in a short while of several hours, I could render the following wonders. I could just as well have done it in Microsoft Paint, but I was thrilled not to have. And to be able to access inaccessible options for the lights lighting the scene, namely number, position and color. This is colorful alright.

The funny thing is, that at that point I knew already that my code worked. I needed a test scene to get a grander picture. So what did I do? A marvelous composition with colored bliss? No. Suck my cock. That is, the French for that. It did not come out of nowhere, and besides it was 3:17AM. From there on, there were slight improvements of the code I wrote, and a port from Blender, the program for which I had first written the exporter, to Maya, another 3D software. I contacted the author, who asked me if she could release the code. I have not yet told her that she could. She may. Man, isn’t that awesome?

The next posts will probably contain images created with the aforementioned programs.